Get your viewing glasses ready for the Ningaloo Eclipse

An amazing once in a lifetime event is coming to the shores of WA!

We have combined this exciting opportunity with our Karijini National Park and Ningaloo Reef tour.

Join us to see what all the hype is about, as this will be an extra special event! Combine 3 amazing experiences this April – Karijini National Park, Ningaloo Whale Shark Tour and the Ningaloo Eclipse. There are seats available on the 12th – 21st April 2023 departure (see below for booking details).

So what exactly will happen? On April 20, 2023 at 11:27 am, the shadow of the Moon will graze the tip of Western Australia in a 40 kilometre wide track, as it passes over the World Heritage-listed Ningaloo region near the town of Exmouth, making it one of the most accessible land-base places on Earth to see the spectacle.

We can expect eclipse chasers from around the world to descend to view the total solar eclipse in a small part of the Cape of Exmouth, one of the few accessible viewing spots worldwide.

The map below details where you can see the total eclipse or a partial eclipse. What is a total solar eclipse, and why is it special?

When the moon gets between Earth (the planet) and the sun (the star), and the moon casts a dark shadow over Earth, we call that an eclipse. An eclipse can only occur during the phase of the moon, when the moon passes directly in front of the sun and casts its shadow onto Earth. You can expect this small, remote part of the world to be on the world scene, as thousands of visitors are estimated to descend upon Exmouth, which normally has a population of 2,500, chasing a short glimpse at this solar eclipse. The last event was held in the United States in the town of Madera, Oregon in 2017.

The eclipse, the next of which will be held in 2032, is expected to benefit Western Australia’s economy.

What to expect at the Ningaloo Eclipse

At the Ningaloo Eclipse, observers can expect to see the bright disc of the sun gradually being covered by the silhouette formed by the moon to produce a decreasing solar crescent. As the last of the sun goes down, an interesting optical phenomenon called Baily’s beads or the diamond ring effect occurs, where the final rays from the setting sun pass through the rugged lunar terrain.

Western Australia and the stars have a close relationship

We’re lucky indeed when it comes to stargazing in Western Australia. The isolated state has one of the most pristine night sky views in the world.

WA has the most isolated continental capital city in the world, which means you don’t have to travel far to find terrific stargazing under dark, Western Australian night skies.

A solar eclipse is one of nature’s grandest spectacles. We’ll be taking time out on Day 10 of our tour to view the eclipse, but first, some safety.

Looking directly at the sun is unsafe and can damage your eyes. We recommend purchasing special-purpose solar filter viewing devices if you want to look at a partially eclipsed sun – these are often sold as ‘eclipse glasses’ or ‘handheld eclipse viewing cards’. 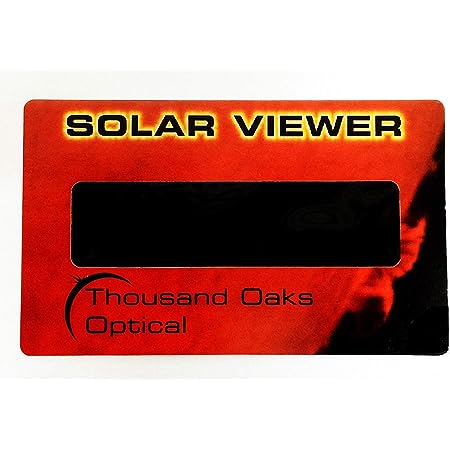 There are specific safety rules if you want to photograph or view the eclipse through a telescope. Please do not look directly at the sun or partial eclipse with just your sunglasses. Looking through your camera lens with your eyes while wearing your sunglasses is also not safe. This article by B&H Video details How to Photograph a Solar Eclipse.

One of the safest ways to view the partial eclipse is indirectly by the pinhole projection technique. Start with your back to the sun. Outstretch your arms and fingers, and overlay your hands to make a waffle pattern. Look at the shadow on the ground caused by the grid pattern of your fingers. The partial eclipse of the sun will show as a crescent through the shadowed grid pattern of your fingers.

By following these simple rules, you can safely enjoy the view and be rewarded with memories to last a lifetime.

Join us for a once in a lifetime experience

Karijini National Park & Exmouth are some of the most beautiful parts of Western Australia. Coupled with the amazing once in a lifetime opportunity to witness a total solar eclipse, we can’t imagine a more opportune time to experience the magic of the region.

We can assure you that places on our Karijini tour during the eclipse date (12th – 21st April 2023) will book out fast, so we encourage anyone serious about attending the experience to book quickly to avoid missing out.

You can learn more about the tour and book here – https://www.inspirationoutdoors.com.au/tours/karijini-national-park-and-ningaloo-reef/